Yet Another Round of Debates….

Debate is raging once again on the Higher Education Teaching and Learning site on Linked.in regarding the question “Do student evaluations measure teaching effectiveness?” This time it was posed by a professor in management information systems at a university in Puerto Rico.

The question has drawn the usual technocrats and consumerist advocates who seek to prove the validity of these practices, in some cases offering studies to demonstrate their validity. Most of the studies are based on the same premises of the evaluations themselves – that undergraduate students are somehow competent to assess the pedagogy of graduate educated instructors, that their responses to largely consumerist ratings systems indicate what kind of job their instructor has done and thus whether learning has occurred.

These are incredibly flawed and largely unsupported presumptions. Studies which begin with them offer nothing worth serious consideration by instructors.  But this is the essence of a consumerist university – truisms asserted as indisputable fact, presumptions accepted without proof, discussions beginning on that basis.

Hence, the context in which the following comments arise. They come at the end of a long day which required me to drive to South Florida, make a presentation on religious intolerance for the Florida Humanities Council and then turn around and return to Orlando to begin a rather demanding week. Clearly the fatigue of a long day is apparent in my comments. But there is also a level of growing impatience with the inanity if not the intellectual dishonesty that inevitably surrounds discussions of student ratings.

Here follows my midnight confession (with apologies to The Grass Roots):

OK, indulge me in a little cynicism here. In truth, I'm not usually cynical by nature. And I'm hardly closed-minded.

But, seriously. Does anyone really buy the argument that these ratings are actually designed to improve teaching? Really? Might we ask ourselves why we would presume that college instructors will not care about the quality of their classes unless they are coerced into doing so through ratings like this? Might we question the apparent presumption that instructors can't figure out how to improve their courses without feedback from people who've never taught a day in their lives?

Finally, do we really think that student ratings are even likely to actually improve teaching? And if so, how and is this necessarily the only or even the best way to do that?

Sure, we all endure this rating inanity. Most of us have no choice. And perhaps some of us have become aware of some blind spots in our teaching as a result though more likely by well considered comments than acontextual numerical ratings designed to keep technocrats happy. Others of us have just learned how to game the system.

But, truth be told, I simply don't care if a student thinks they have to read too much in my classes. I don't care that students don't like to be made to choose between attending classes (or coming to the course website) and participating in class activities or facing a lower grade. I don't care what students think about the work load in my classes. When it actually approaches, much less exceeds, the Carnegie Unit, I'll take their complaints a bit more seriously. And finally, I am really not that concerned that students are occasionally forced out of their comfort zones in my classes by the readings, the written assignments or the class discussions. I'm not terribly concerned that my prodding them to think critically about their presumptions and their values may on occasion produce a little cognitive dissonance for them. That's actually called the teachable moment.

Frankly, this is what good instructors *should* do in my view. And the fact that students make these same complaints every term does not for one second mean I am not a good instructor, that I am not doing a good job or that I should change my teaching. The often repeated but mindless mantra that "a pattern ought to tell you something" is ultimately just as meaningless and lacking in utility as the responses from students.

These student complaints target practices that reflect deliberate pedagogical and academic content choices made over decades of teaching, interacting with students and colleagues and even more decades of learning. They are neither ill-considered nor are they the result of snap judgments. Moreover, they are the result of constant refining in the fires of the latest research and constant critical reflection.

I am not in the classroom – either in person or virtually - to make students comfortable or to meet their demands. While I do not wish students to be uncomfortable nor do I presume it to be necessary for learning to occur, those are simply not my ultimate concerns as an instructor. And the fact that my university insists upon giving students the opportunity to complain about their comfort level thereby encouraging them to see themselves as consumers rather than students does not somehow mean that the results of that inane process produces much worth knowing. It also fails to create an imperative that I as a serious instructor should take the results of that process seriously.

OK. Thanks for indulging me. Here ends the rant. 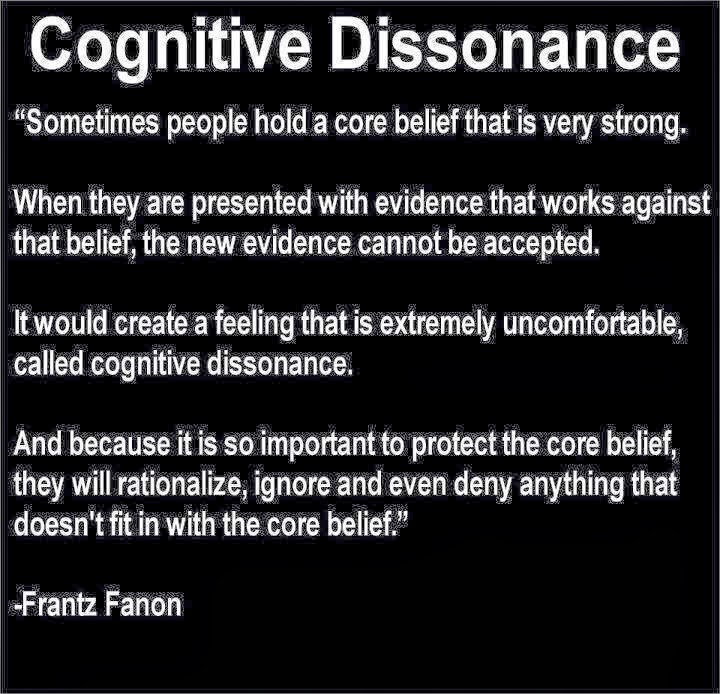 I came across this quote from Fritz Fanon today that has been circulating lately on Facebook. It prompted me to think about the course I am teaching on Christianity this semester and the gale of resistance it has generated from some of my students.

In many ways, Fanon understood implicitly what Jesus spoke of in his rhetoric about the Kingdom of G_d. Fanon’s Wretched of the Earth was devoted to the peoples of an occupied Northern Africa struggling to develop a sense of their own dignity and ultimately to be free of their European occupiers. Jesus lived in a similar context, a Roman occupied Galilee where his assertion “Blessed are the poor” stood in stark contradiction to the Roman system of extraction which enriched the 1% of their day while impoverishing the 99% who produced that luxury.

Trying to get students to actually look at the Jesus of 1st CE Roman Palestine is difficult on a good day. They either don’t want to hear about Jesus – or any other aspect of religion - at all or they come with inherited and thus largely unexamined religious constructs already firmly in place. Rudimentary, undeveloped understandings of the Christ of faith routinely provide little room for a Jesus whom our textbook readily recognizes as a rebel, a subverter of the status quo and ultimately an enemy of the state.

The imperatives of existential security cannot be underestimated. If one’s religious construct is a means of reassuring oneself of an ongoing life after death marked by comfort and ease, however contrived that might ultimately be, shining too much light on said constructs can easily make one a lightning rod. Jesus certainly knew that. Indeed, his unwillingness to back away from that endeavor ultimately cost him his life.

Still, it is the role of a true teacher to prompt his students to think, even when it’s painful to do so. Perhaps especially when it’s painful to do so. I sent out Fanon’s quote with the following announcement to my class yesterday. My guess is that a good number of the students won’t read it. Even so, if even one or two brave souls and open minds consider it, perhaps it will be worth the trouble.

I found this quote from North African philosopher Fritz Fanon today. It strikes me that a number of you might resonate with the phenomenon this describes. As Lent builds toward Holy Week and the remembrance of the execution of Jesus on Good Friday, consider how his message and his actions may well have prompted cognitive dissonance in his hearers, a painful state that people will seek to avoid if possible and end as soon as possible if encountered.

A common way to end cognitive dissonance is to shoot the messenger. Hebrew culture called it stoning the prophet. I sometimes refer to it as putting them out of our misery.

Now consider Jesus' entry into Jerusalem that causes a major uproar at the beginning of the Passover feast. Hebrew legend has it that if the Messiah is going to return, he'll come during Passover. Christians commemorate this event as Palm Sunday: "Hosanna to the King!"
Jesus then proceeds to go to the Second Temple in the heart of Jerusalem, the nerve center for religion, business and Roman rule. He disrupts business. The Sadducee temple cult is out of business for the day, unable to make their sacrifices because the money cannot be changed (profane Roman coinage is not permitted in the Temple to pay for the animals for sacrifice). The herders and traders are out of business as well. And the Romans, ever vigilant for any sign of disturbance, realize they've got a major problem on their hands.

Little wonder that within days Jesus will be taken by the Romans after being made aware of his whereabouts by their Temple cult collaborators and publicly executed.

However, cognitive dissonance, while painful, is not necessarily bad. Cognitive dissonance signals that a person has encountered a divergence between their understanding of reality and the reality they encounter. That gap provides space to grow, to learn, to develop. Educators call it the teachable moment. Many of Jesus' disciples understood this implicitly. In response to the cognitive dissonance Jesus prompted with his teachings that reversed the world order they knew (Blessed are the poor?), they had chosen to grow, to become, to develop. As a result their lives changed dramatically. Greeks called this process metanoia.

Cognitive dissonance is unavoidable for the true student in an actual learning situation. A good teacher will always present students with ideas and understandings that do not simply affirm the foregone conclusions of their students. Good teachers always challenge the understandings that students brought with them often provoking painful cognitive dissonance. As former California governor, movie star and weight lifting champion Arnold Schwarzenegger puts it, "No pain, no gain."

That presents the student with a choice. They can rationalize, ignore or deny the new ideas and understandings. They can even choose to shoot the messenger - sometimes quite literally -  to put the messenger out of their misery. Or, they can choose to bear with the pain of cognitive dissonance, to expand the envelop of their understanding, to grow, develop and to become a slightly larger person than before.

M. Scott Peck in his masterful book The Road Less Traveled observes that human beings always have the potential to grow, to become and to develop their highest potentials as individuals and members of communities. So why don't we?

He observes that there are three reasons: human beings tend to avoid pain (e.g., cognitive dissonance), we find ourselves incapable of delaying gratification and we tend to avoid any kind of exertion requiring effort and energy on our part. Clearly, we are well trained consumers, addicted to convenience and presuming ourselves entitled to constant comfort. But Peck has a different description of this avoidance of the road less traveled to growth and development. He calls it original sin.


Perhaps some food for thought this second week of Lent.