Transfiguration – The G-d at the Core of All Being 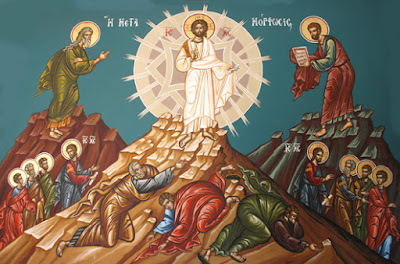 In today’s Gospel, the writers of Mark relate a story that appears in at least two other gospel accounts, a story that has come to be called the Transfiguration. While the church observes a Feast Day of the Transfiguration in August, the version found in Mark is used on this last Sunday of the Epiphany in conjunction with a lesson from II Kings on the ascension of the prophet Elijah to heaven. 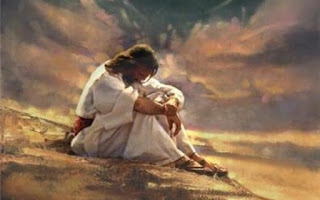 It is important to set the context for this story to understand it. In Mark’s account, Jesus has spent the last few days in the region north of the Galilee healing the deaf and the blind, exorcising the possessed, feeding the multitudes and wrangling with Pharisees trying to trip him up. Jesus is tired. He needs to retreat from the crowds to recharge and refresh. And so he goes with Peter, James and John up a high mountain, apart, by themselves, leaving behind the rest of his disciples.

This is a pattern we see frequently in Jesus. His life reflects alternating times of intense engagement of the public followed by periods of withdrawal into the desert to spend time in silence, solitude, time alone with G-d.

Who is this Jesus? 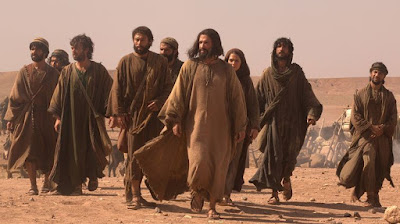 There is an additional element of context that must be mentioned to make sense of today’s passage. In the preceding chapter when Jesus and the disciples are en route to the villages around Caesarea Phillipi, he asks them: “Who do people say I am?” The disciples report that people think he’s John the Baptist come back from the dead or perhaps Elijah, returning to earth from heaven. Jesus then turns the question to them: “Who do YOU say I am?” Peter replies that Jesus is the one anointed by G-d to redeem Israel and Jesus mysteriously tells him, “OK, Peter, you got it right. But don’t tell anyone.”

There are two aspects of this interaction that are apparent. One, no one really knows quite what to make of Jesus. And two, his disciples are just beginning to understand who this incredible human being they have been called to follow really is.

Perhaps like me, you can relate to this. I have spent most of my life trying to grasp who this Jesus really is - this figure who fascinates me, puzzles me, elates me and sometimes frightens me. Even as I find that much of the theological baggage developed over time surrounding Jesus has become less and less compelling to me, this enigmatic Judean peasant, prophet, healer and wisdom teacher continues to draw me ever more strongly to follow his Way as best I can know it.

G-d Revealed on a Mountaintop

The events reported on this high mountain top are central to my understanding of who Jesus is. In seminary I was privileged to take a Christology course from a Franciscan scholar named Kenan Osborne. We Franciscans have always had a slightly different take on the Jesus story but what he said in class that day about the Transfiguration would change my view of Jesus forever. 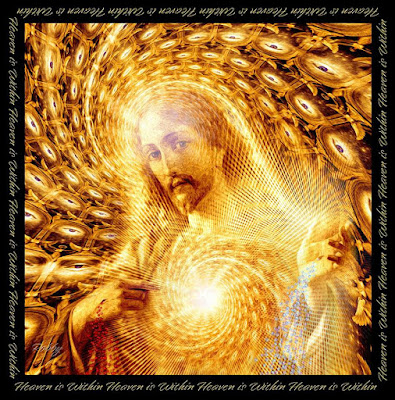 Osborne said “Jesus profoundly trusts the G-d he calls Abba, Daddy. He is so radically open to G-d that the aspects of his Self fall away. In that absolutely transparent moment, the G_d who is at his core shines through. And in Jesus we see G-d.”

While the Christian tradition will later equate Jesus with the G-d he calls Father and even later add a Holy Spirit to that equation in the development of Trinitarian theology, Jesus never really says that about himself. Osborne’s understanding of the Transfiguration recognizes Jesus to be the Revealer of G-d. And when we look at the Transfigured Jesus we, too, see G-d.

This version of the Transfiguration told by Mark includes the appearance of a long dead Moses and the prophet Elijah who never died, ascending into heaven in a fiery chariot in today’s Hebrew Scripture lesson. Mark’s choice of these figures is not accidental.

He is dipping into the inkwell of Hebrew tradition to tell this story. Moses is the personification of the Jewish law and Elijah represents the venerable Hebrew prophetic tradition. For Mark, Jesus is the seal of the law and the prophets. The cloud overshadowing these figures references the shrouding of Mt. Sinai when Moses is receiving the 10 Commandments. And the appearance of Elijah references Hebrew scripture which taught that Elijah would return to earth when the resurrection of the dead was imminent. 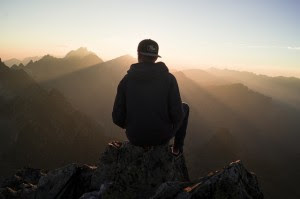 The reaction of the disciples to this event is somewhat predictable. Peter said, “This is great, Jesus! Let’s build three shelters here so we can stay up here with these holy men forever!” These are two of the greatest figures in the Hebrew tradition and they have come to be with their own spiritual leader, Jesus. It’s hardly surprising that the disciples – like us – would want this moment to last forever.

And Jesus has a lot to tell us in this story.

The Divine Core of Being 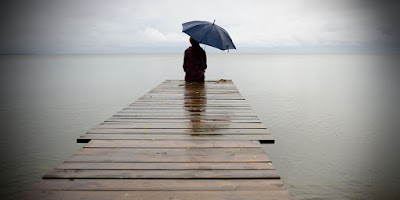 The first lesson has to do with the setting. If we are to hear the voice of G-d speaking to us, we must make it possible to listen. We live in a din of noise and constant distraction. It’s sometimes difficult to hear others speaking to us across a room, much less become aware of the meditations of our hearts. The scientists who study the human brain report that we need silence for our brains to regenerate and to engage in any kind of reflection that is anything other than superficial. The high mountain and the desert are physical reminders of the very human need for silence and solitude, time alone with G-d. The example of Jesus is telling us how critical this is.

But it is the third lesson that is most critical. As Kenan Osborne said, Jesus is the revealer of G-d. It is when Jesus becomes so open to the will of G-d that he becomes transparent that we see G-d in him, at the very core of his being. But it is not just at the core of Jesus’ being that G-d is found. 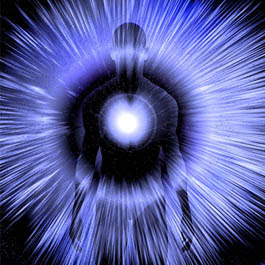 Franciscan alternative orthodoxy teaches that all of us come from G-d, we exist in G-d and ultimately we return to G-d. At the core of our very being we are connected to the G-d from whom all that exists has come. That connection has always been there from the moment we took our first breath. And while we may not have always been aware of that connection, perhaps ignored it - even rejected it -  our connection to the G-d who created us has always been there. And there is nothing any finite human being could ever do that could sever the connection created by an infinite G-d.

Repenting from Notions of Separation

Sadly, much of the doctrine within the Christian tradition has centered on notions of disconnection from G-d – a fall from grace in a mythological garden whose stain has infected all human beings ever since. As a result, most of our visions of G-d have focused on a deity who was angry with us and ready to punish us. Wars have been fought over how to reconnect to G-d, how to save souls from eternal damnation, and over the exclusive way to get to heaven.

So what Jesus reveals to us in the Transfiguration is good news indeed. We do not need to correctly guess the one high stakes theological formula to be connected to G-d. That connection has always been there. We do not need to be adopted by G-d. We do not need to grovel or pummel ourselves. Contrary to what Rite I suggests, all creatures of G-d are, indeed, worthy to gather up crumbs under the table. 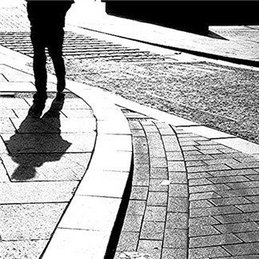 What we must repent from is the notion that we have ever been separated from our Creator, no matter how intensely we may have believed it or experienced that to be true. We must disavow the notion that anything we are capable of doing could cause such a disconnection.

Notions of separation – the radical individual disconnected from G_d, each other and the world around us - have an incredibly deleterious effect on us individually and the world we live in. We are, in the words of Aristotle, social animals. It is in the G-d who lies at the core of our being that we are connected to every living being

Committing Heresy in a Consumerist Culture 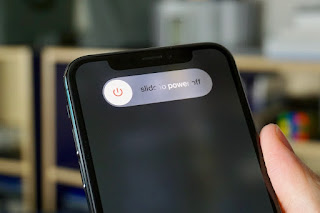 So let me suggest something truly radical: Forget the giving up of chocolate or the wine. Reconsider the extra services or devotions you might be taking on. Instead, do something truly heretical in this consumer culture: Turn off your television. Power down your technology. Find places that are removed from the business of our world and the busyness of your own life. Take the time to be alone with your own soul and with the G-d who created you.

Try this for the next six weeks. Perhaps you will discover that the G-d who lies at the core of every living being is there at your own core, has been waiting patiently all along, hand outstretched, hoping for your own hand in return. I pray you will grasp that hand with the greatest of humility and profound gratitude. 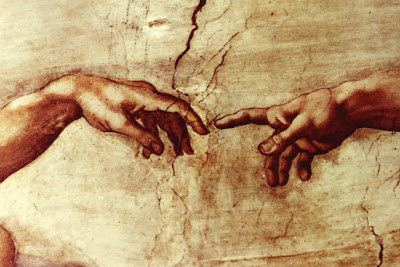 Here is wishing you all a blessed Lent. AMEN.