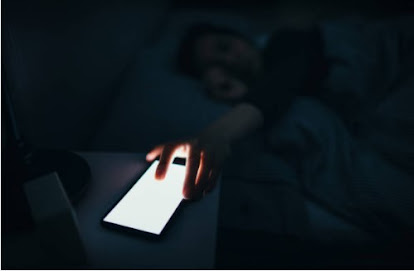 The demons that came in the middle of last night were in a whole different league from the usual suspects, the ordinary doubts, self-reprisals and worst case scenarios. I had gone to bed knowing that an aide to the president had tested positive for COVID19. After the 4:05 AM wakeup call my bladder apparently put in, I made the mistake of taking a peek at my Facebook feed and the first post I encountered took my breath away. Both the occupant of the White House and his wife had tested positive and were in quarantine.

Just when you think things couldn’t get any worse.

(When will I learn NOT to look at my IPad on those nights when I don’t sleep all the way through?) 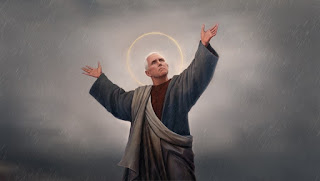 Perhaps I’ve watched too many episodes of The Handmaid’s Tale. But the idea that an icy cold, steely-eyed true believer like Mike Pence could ever have the powers of the presidency at his disposal absolutely terrifies me.  The midnight demons were playing for keeps last night and it would take me another three hours of fitful tossing and turning before sleep would return.

Clearly, there is no small amount of irony in the Bully-in-Chief becoming infected with the disease which his own mishandling and dissembling have caused thousands of Americans to die. The man who silenced medical and scientific experts, who sneered at responsible adults who took precautions against the pandemic, who pressured state and local governments to reopen in the face of persistent new cases and who intentionally created super spreader events to feed his insatiable ego is now hoist on his own petard. 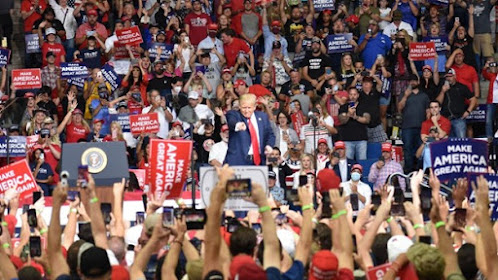 In the back of my mind this morning I hear a smug John Lennon singing from the grave, “Instant Karma’s gonna get you…..”

One of my chief tasks this day will be resisting the all-too-human tendency to engage in schadenfreude regarding this turn of events. Perhaps the vindictive response of “God’s punishment” comes too readily to those of us who have historically been subjected to it all of our lives.

We have watched with horror as our loved ones have died preventable deaths from a pandemic. We have seen our fellow citizens run down in the streets by terrorists declared “good people” by the Oval Office. And we have wept for children of asylum seekers who have died in cages on our borders. From the lowest level of moral reasoning that children employ, this infection could easily be seen as payback for this Bully-in-Chief, an eye for an eye. But if this is truly “God’s punishment,” I want nothing to do with such a deity. 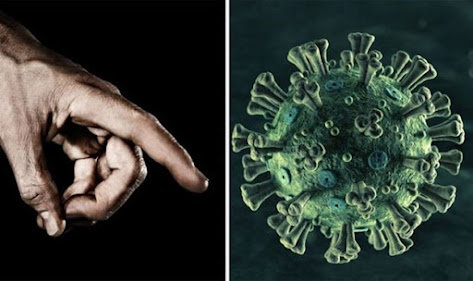 I do not wish this pestilence upon anyone, even racist bullies who have abused their power and caused others to suffer and die. And I do not wish for any deepening of the wounds of a country teetering on the precipice of the abyss. Most of all, I absolutely do not wish to live in a country within the power of white fundamentalists for even one nanosecond.

Nowhere Else to Turn

I think it’s fair to say that at 4:05 AM last night, as the demons were having a field day with my soul, what I experienced was a true sense of powerlessness. It was terrifying. And all I know to do this morning is to pray for our country, its people and its leaders.

I pray for the health of a man and his wife facing a deadly disease who may not deserve much mercy even as I recognize that I am only here because others have upon occasion shown me unmerited mercy. I pray for order as our country faces a very frightening electoral process and I pray that cooler heads will prevail in its wake. 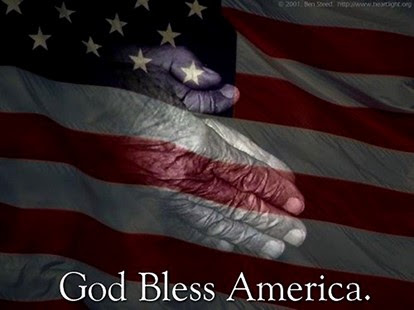 Finally I pray that G-d’s grace will pervade the hearts of our people and prevail in our nation in this very frightening time in which we live. This day I humbly, haltingly but sincerely ask: G-d, please bless America. Not because we are entitled to it, indeed we may well not deserve it. But, in truth, it is increasingly clear that we really have nowhere else to turn.

One of the prayers from the suffrages in the Episcopal Morning Prayer service says it well:

Thank you for posting this, Harry. I have been wrestling hard with my own inner demons (for lack of a better word) over how I'm feeling about Trump catching this virus and you helped bring some order to my soul. I will take your prayer to heart (even though I don't pray) and make it my own.

Donald Trump is facing the fears that come to all of us dealing with a medical condition that will be fatal. Whatever his sons he is, in the end, mortal and will have his moment with the Holy of Holies. His fate is in G*D's hands. I, too, have a condition that will send me to the Father sooner than later. I can only pray for Donald's soul, as I pray for my own and for all the other mortal men and women tonight.

Well said. I resisted any comment and simply posted my mashed potato pancakes...