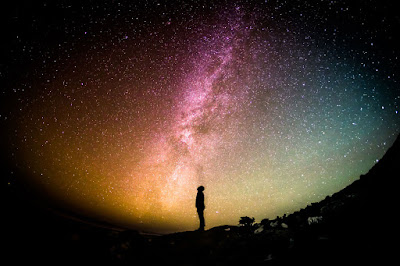 Our lessons today have a common theme. It is the experience of those who find themselves called by G_d into service. This calling represents a clean break with their past and a beginning of a new life that is unclear, uncertain and at a very basic level, unnerving.

In the passage from Isaiah we are given an incredible image of the calling of a prophet. In what can only be seen as a vision from the divine, Isaiah finds himself surrounded by seraphim, the highest order of angels in the Hebrew cosmology, who stand in reverence before G-d sitting on a throne. The hem of the garment worn by the Holy One fills the entire floor of the temple while the smoke of incense fills the air. 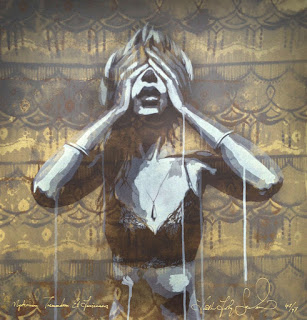 The early scholar of religion Rudolph Otto reported human encounters with the Holy produced two different but related responses. Such visions rightly provoke awe in both the sense of fascination as well as terror. In Isaiah’s account you see both at work.


But this is not simply a random encounter for Isaiah. He is being called into service as a prophet for the most high. Not surprisingly, he feels overwhelmed by this calling. More importantly, he feels unworthy: “Woe is me! I am lost, for I am a man of unclean lips, and I live among a people of unclean lips; yet my eyes have seen the King, the LORD of hosts!"

Not surprisingly, G-d is not willing to take no for an answer. An angel touches Isaiah’s lips with a live coal taken from the altar. In the process, Isaiah is cleansed of any impurities he might have brought to that encounter. Now he has no excuses. So when G_d asks “Whom shall I send?” Isaiah recognizes the time to respond to his calling has come: “Here I am. Send me.”

Many ordained clergy in the Episcopal Church know this story well. It is one of the two prescribed readings for ordination services. We hear it at perhaps one of the most vulnerable points in our lives, the time when our callings to ministry are officially affirmed by the church. 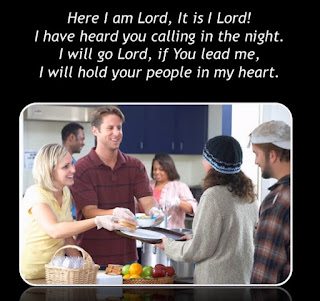 Many of you also know this story. It is the basis for one of the more beloved hymns in our tradition. Written by Daniel Schutz in 1981 and now part of the Wonder, Love and Praise supplement to our Hymnal, the lyrics echo the words of scripture here: “Whom shall I send? Here I am, Lord, It is I, Lord. I have heard you calling in the night. I will go, Lord, if you lead me. I will hold your people in my heart”

[Video link to Here I am, Lord sung by one of my favorite fellow Franciscans, John Michael Talbot]

Notice the echo here of our Baptismal Covenant. In the promises we make at every baptism, we respond to each set of questions with this response: “I will with God’s help.” Our willingness to respond to G-d’s call comes first, but we know we can never successfully live into it alone. We need the loving, healing and guiding presence of G-d. 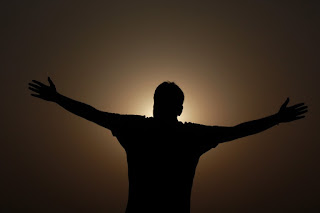 In our lesson from St. Paul’s first letter to the Corinthians, he talks about his calling. Like Isaiah, he is reluctant to answer the call of G_d to be an apostle of the Way of Jesus. Apostle is a word meaning one who is sent. He reminds G_d that “I am unfit to be called an apostle, because I persecuted the church.”

But G-d is not convinced, Paul will answer his calling and will become the primary apostle of this Way of Jesus, a way already in the process of becoming a new religious tradition, Christianity. But Paul is very clear that he has not done this alone: “[B]y the grace of God I am what I am, and his grace toward me has not been in vain.” Again, we hear the echo of our Baptismal Covenant: “I will with God’s help. 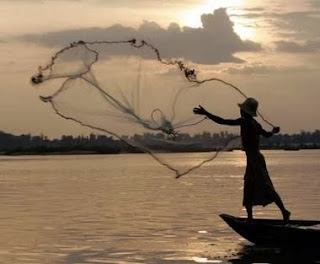 Finally, in our Gospel reading today, we hear the calling of Simon Peter, the fisherman from Capernaum who will become the head of the Jesus Movement after the death of Jesus. A form of this story is found in the three synoptic gospels. In both Mark and Matthew’s versions, Jesus spots Andrew and Simon and says, “Become my followers and I’ll have you fishing for people.” And they simply abandon their nets and follow him. Easy schmeasy. And slightly unbelievable.

Luke’s Gospel today is more complicated. The invitation to fish for people only comes after a miracle in which Jesus instructs fishermen where to fish and they suddenly cannot handle the immense catch they have landed. As a result the soon-to-be disciples recognize this is someone special.

Of the three gospels, I find Luke’s to be the most compelling. It doesn’t require us to believe that Jewish fishermen whose livelihood fed working class families dependent on them would simply walk away from their labors without a second thought. It also provides us with a response to being called by G-d that we have seen in our other two readings today.

In recognizing that Jesus is not your average wandering sage who happens to know how to catch fish, Simon Peter is suddenly aware of two things. The first is that this man is holy. And the second is that he does not see himself the same way. Peter says to Jesus, “"Go away from me, Lord, for I am a sinful man!" 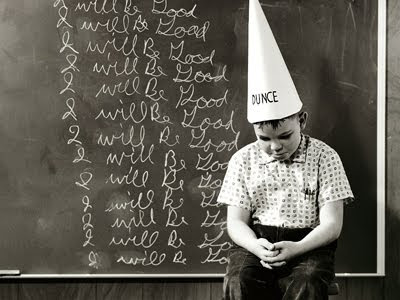 I think a lot of us recognize that response. We find it throughout scripture from Moses’ fearful response to the burning bush to St. Paul’s stunned response to the blinding light in Luke’s account of his conversion. And perhaps many of us have had the same response. Any immediate encounter with the living G_d tends to be overwhelming and destabilizing. In such encounters we frequently become aware of our own insignificance in the face of a G-d who is the Ground of All Being.

It also doesn’t help that most of us have bought into an account of ourselves constructed in terms of our imperfections, an account created by the very church which evolved out of the life and ministry of Jesus. Consider the words of our eucharistic prayer: “Forgive us Lord, for we are sinners in your sight.”

Really? That’s what G-d sees? In all our complexity, the mix of good, evil and indifferent that dwells within the soul of every human, sin is all the G-d who created human beings with all of that potential is able to see?  That suggests a rather limited deity to me. And while it sounds an awful lot like egocentric human beings so highly aware of how others perceive them, I have to believe the wisdom and the heart of the G-d of all creation is simply larger than that.

Clearly Jesus understood Peter’s concerns. “Do not be afraid,” he tells him. Jesus knows from experience that a direct encounter with G_d can be overwhelming. Jesus has just spent 40 days in the desert after his own encounter with the Holy One at the Jordan River. But Jesus also knows that it is always the will of a loving G_d that each created being live into the calling for which they were created. 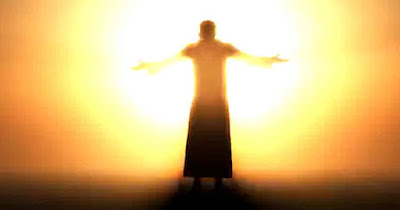 It was the calling of Jesus, a first century Jewish peasant sage, to reveal the G-d who lies at the core of every living being. My Franciscan Christology professor in seminary often said that Jesus became so open to the calling of G-d that he became transparent. The G-d that was within him - and within all created beings - shone through for all the world to see.” Thus, Jesus became the revealer of G-d. 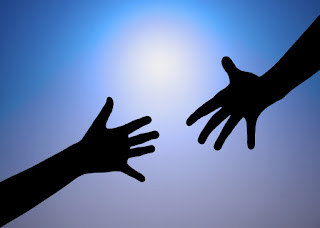 But Jesus knew he would not be around forever. And so he called disciples to perpetuate his Way of Jesus after his death. If the love of G-d was going to be revealed in the world, it would take human agents willing to be revealers themselves to do so. Indeed, their lives might be the only gospel other people ever read.

Much like our human nature, our track record as followers of Jesus on living into that calling is mixed. Even so, that does not let any of us off the hook. Like Isaiah, St. Paul and St. Peter, we don’t get to beg off based upon our failings and imperfections.

It’s critical to remember that G-d has historically called highly imperfect human beings to be agents of the divine in the world. Moses was a murderer. David arranges for the death of his best friend in order to take his wife. St. Paul was essentially a serial killer in his persecutions of the very folks that Jesus - himself a capitol felon in Caesar’s Empire - had called to be his followers.


Imperfect human beings are the only materials that G_d has to work with in this world. And the need to reveal G-d’s love has probably never been greater than today. That means all of us have callings to answer if G-d’s love is to be revealed in our world.
How we do that will vary from person to person. Martin Luther was very clear that the farmer shoveling manure in the barn was just as faithfully living into his calling by G_d as the priest praying at the altar. Finding our calling is undoubtedly our life’s greatest task. It means listening to our hearts and taking seriously the whisperings in our ears of the Spirit sometimes uttered by the most unexpectable sources. Most of all, it means remembering that whatever we do, we are never alone. The G_d we would reveal in the world is always present with all of us. And we always need G-d’s help.

May G-d give us the wisdom to discern our callings this day, the courage to respond to them without fear and the strength to persist in them even amidst our failings.  This day let us respond to our own calling by G_d with the words of our Baptismal Covenant: “I will with God’s help.” AMEN. 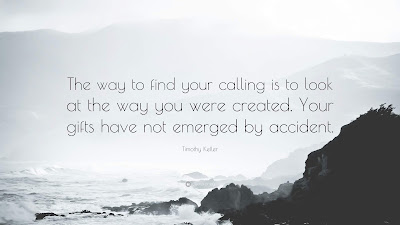