Broken Hearted in the Heart of Orlando

My beloved little cat, Frida, died yesterday. I called her “my little golden dew drop.” And she definitely had her Daddy’s heart.  Today, that heart is sorely broken. 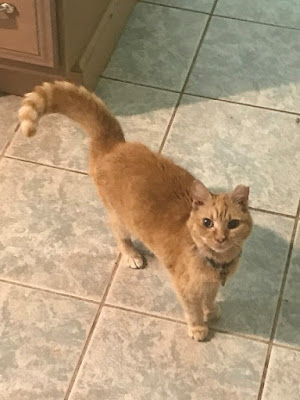 She Had a Rough Start….

Frida was 14 years old. That’s a pretty decent life span for a cat, particularly a Trap-Neuter-Release (TNR) former feral like her. But for those of us who love them, even decent life spans are rarely long enough. 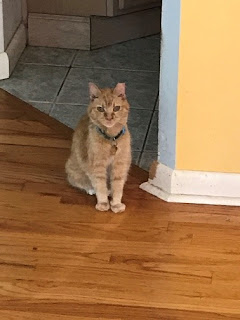 She began her life in an apartment complex across the street from the UCF campus. It had been rented by the university for student housing for a couple of years while the university built its own dorms. When those dorms were completed, the management of the complex reverted to its owner. The first thing the owner did was to call in Orange County Animal Control to remove the feral cats living in the apartment complex.

It’s hardly unusual for there to be feral cats around a university campus. Students often get animals while in school and then leave them when they graduate or get new housing that won’t allow animals. Pets are seen by some as simply one more disposable consumer good. Frida was among one of several groups of feral cats around the UCF campus that a group of volunteers tend to with feeding stations, treatment when injured, and capturing them for the TNR procedure to prevent more ferals from being born there. 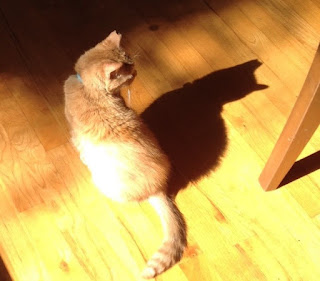 I had just lost Ratzinger, my little orange tabby, earlier in the year. She was a six toed Hemingway cat I had gotten in Key West. When she became ill, I learned that genetic anomalies on the exterior often point toward possible anomalies inside. She had stopped eating and choked to death in my arms when I tried to hand feed her. It was one of the worst days of my life.

My friend assigned to the feeding station at the apartments said the date with animal control was coming up that week. I know only too well how short the life expectancy for cats in an animal control center can be. So when she asked if I could possibly take another orange tabby, I readily agreed.

Ongoing Negotiations for Coming Out 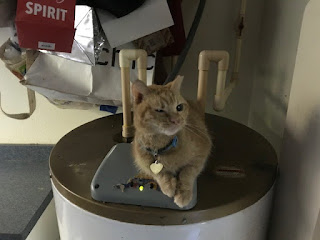 My friend warned me before Frida arrived that she was semi-feral. We didn’t know how long she’d been in that parking lot. We did know she was afraid of dogs and we had two in our home plus two other cats. So she lived the first several months in her new home behind the water heater in the utility room. The rest of her life would be a negotiated opening to a household that by the time she died would include two other cats, three dogs and three human animals. 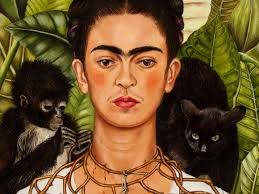 My students knew how much I loved Frida Kahlo. We routinely studied her in all my humanities classes and one summer I actually had a chance to visit her Casa Azul home in the suburbs of Mexico City. Word got out that I had a new cat without a name. Before the day was over, the vote was nearly unanimous. She would be called Frida.

Watching her blossom as a member of a multi-animal household will always be one of my happiest memories. Slowly but surely she would decide that she could come into yet another room, starting with the kitchen, then the dining room, then my office and ultimately into the living room. Within the past five years she became comfortable with coming into rooms full of people and engaging them. And one day I caught her snoozing with Saidy, our beagle.

I knew she was home free.

Did You Forget Something, Daddy?

Frida’s main role in the family was to organize snack time. If there were not snacks for all the cats and dogs by 10 AM, I would begin to hear from Frida. First she’d call out from the kitchen where the snacks were distributed. If I didn’t respond, she’d come to the doorway of my office and loudly continue. If that didn’t work, she’d get up in my lap and look me in the eyes as if to say,

“Have you forgotten something, Daddy? Something really important?”

Toward the end as her appetite began to drop off, I began to indulge her in one of her favorite things. Apparently she had discovered fried chicken in the dumpster in the apartment complex and never lost her fondness for chicken. I had a deal with my vet not to tell anyone that I would periodically go to the Winn-Dixie to get a couple of pieces of friend chicken, pull off the meat and chop it up finely to give to Frida. 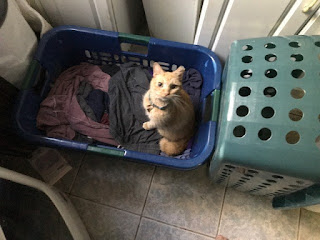 In the end even that wasn’t enough. Her thyroid stopped working and she dropped down to just two pounds. She had trouble keeping food down. It was miserable to watch her waste away. I often held her and stroked her, saying, “Honey, if love alone was enough to keep you alive, you’d live to be as old as Methuselah.”

The Devil’s Bargains We Make

I held her lifeless body in my arms for a long time yesterday, rubbing her fur, between sobs telling her I loved her and how much I would miss her. After awhile, I felt her telling me, 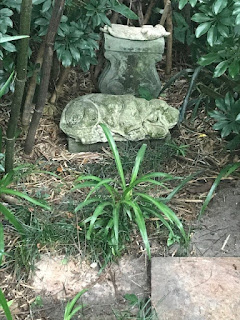 She’s buried in our pet cemetery in the corner of this jungle where we have lived now for 23 years, joining Ratzinger and the two cats that were her original feline companions, two beagles, and a dachshund. It is a sacred site with the remains of so many beloved companions along the way. A good chunk of my heart lies there with them.

Opening your home and heart to an animal requires making a Devil’s Bargain. In most cases, you know going in that your relationship will come to an end in their death before your own. And you know that relationship will always be much shorter than you wished it would be. You try not to think about it even as your babies grow greyer and less energetic.

But in the end, the other part of that bargain arrives. So it was yesterday at New Coverleigh. 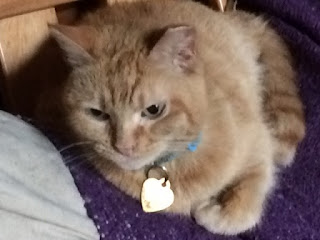 There is a hole in our hearts today and our home is a little quieter. But I am grateful for 13 years with a remarkable little girl who taught me a lot about life, love, persistence and resilience. Knowing what I know now, I’d make that bargain all over again in a heart beat.


I will miss her little trill that always made me smile. I will miss that little sawed off ear from her TNR procedure. And I hope I am able to remember snack time without her reminder.

Farewell, little Frida, good and faithful servant. May your soul and the souls of all the departed rest in peace. 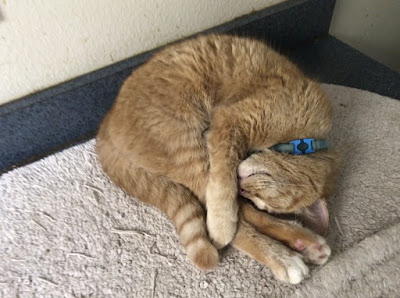