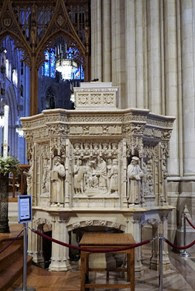 There is a modest uproar in progress on social media over the decision of the Washington National Cathedral to invite noted white evangelical Max Lucado to preach at the main eucharist this Sunday. Lucado has been an outspoken opponent of LBGTQ equality and has in the past conflated same sex orientation with bestiality, incest and pedophilia.

Not surprisingly in a church which has struggled over the past half century to free itself of heterosexist institutional practice and theologies that gave rise to homophobia, this is a big deal. And it raises all kinds of issues that are rarely well addressed within the limits of social media. 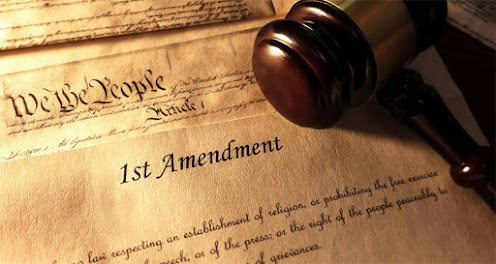 From the mere principle of free expression, I struggle with this. In years past I would probably have considered myself a social (though never an economic) libertarian. That was particularly true when I was practicing law as a public defender. The protections of the First Amendment for impoverished juvenile clients when dealing with law enforcement and school administrators became almost an absolute in my eyes as I watched how routinely those protections were trashed under the rubric of law and order.

As a social activist drawing on both philosophical as well as theological values which on occasion drive me into the streets with those calling for justice in an unjust world, I strongly support wide latitude in the exercise of First Amendment freedoms. And as someone who supports Enlightenment values of critical thinking and openness to understandings of all kinds, including those I do not readily share, I tend to favor making public platforms available to speakers of virtually all persuasions.

In my undergraduate years at the University of Florida the Accent Speakers Bureau brought a wide range of controversial speakers to campus. It was eye opening for this junior in college. One week we heard arch-segregationist Georgia Governor Lester Maddox sing the glories of white supremacy only to hear activists Jane Fonda and Tom Hayden the following week reviling the depravities of the war in Indochina. In neither case did violence erupt and only a few narcissists felt the need to be heard by trying to interrupt the events.

It was a victory for liberal democracy.

But I learned early on in law school in the Constitutional Law courses I loved that the First Amendment liberties from government intrusion were not unlimited. And such protections rarely extended into the private realm. Those lessons have been brought home to me in totally unexpected ways over the past four years. 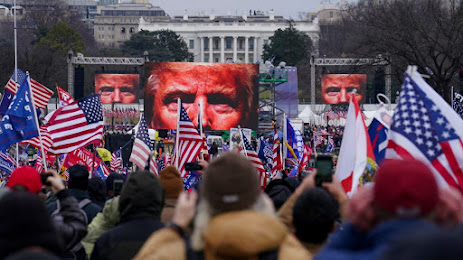 …But Words Can Never Hurt Me?

The old saw about sticks and stones contrasted with words that can never hurt us has been proven wrong in spades as of late in a tsunami of misanthropic speech. Often such speech was heard in rallies which echoed themes of the dark days in Europe prior to WWII only to quickly actualize itself in violent confrontations on the streets. The rate of hate crimes against those targeted by an ongoing spate of demonization from bully pulpits - both actual pulpits within churches as well as the podia of political rallies – rose dramatically. 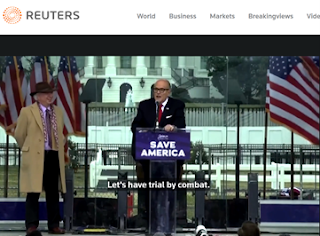 The consummation of this swell of misanthropy cast in tribalist terms, often informed  by the darker threads of white supremacism from American history, came on January 6. Following a rally at the White House in which those present were urged in every way possible to storm the Capitol to prevent the certification of the electors in the Presidential race won by Joe Biden, a mob rushed from the White House down the National Mall.

They descended on the Capitol complex with a vengeance. Before they were through, five people (including some in the mob) would be dead and property damage across the complex would range in the thousands of dollars. As a parting shot, some of the insurrectionists would urinate and defecate in the building and track feces up and down its polished marble floors.

Clearly the rioters were people who get the power of symbols.

And just as clearly, they were not the only ones. 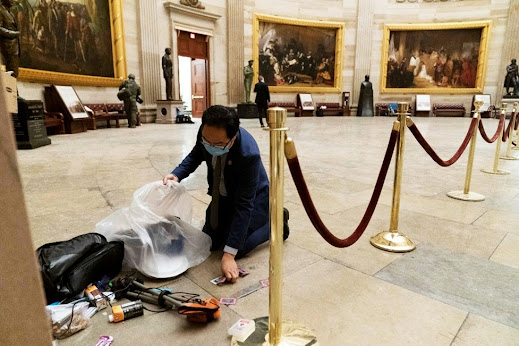 This is the point where notions of “fighting words” and “clear and present danger” begin to surface in the consideration of First Amendment protections.  It’s where understandings of criminal law that would hold those responsible for inciting violence and conspiring in unlawful acts come into the picture, actions in which First Amendment claims would provide no ultimate defense.

It’s also where the fears of the original Framers and the Second Framers shaping the Constitution after the Civil War come into play. They worried that members of our own government might engage in treasonous behaviors which threatened the operation if not the very existence of our constitutional republic. And thus they provided means of barring such disloyal officials from ever holding office again.

The Power of the Platform

Lumbering around in the background of these considerations is the question of platforming. I continue to believe that First Amendment considerations should be given the widest of latitudes. I believe that campuses should not prevent controversial figures from speaking on campus and I totally reject the demand from Florida’s white Republican legislators to oversee the curricula of college educators to insure conservative ideas are taught.

But I also realize that there are limits. If I was not convinced of that prior to January 6, I am now. Every individual should be entitled to express themselves free of government scrutiny within limits, but no individual or group is entitled to a platform.

Whether a platform should be provided is not a question that should be taken lightly. I do not envy the National Cathedral staff. My guess is that they acted in good faith to be inclusive, a consummate value for a progressive diocese like Washington’s. At the same time, they have invited a speaker whose very presence embodies years of painful experience at the hands of homophobic figures like Lucado. 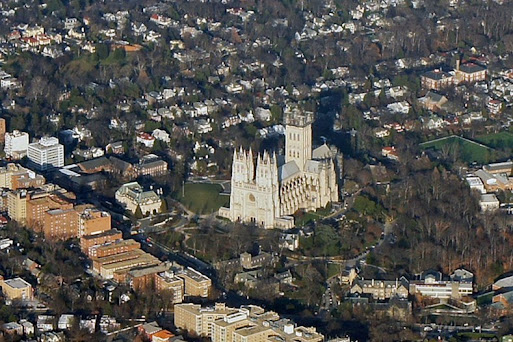 This is also not just any platform. It is the pulpit of a cathedral church that comes as close as any to being the St. Peter’s Basilica or the public square bearing the Qaaba in Mecca of American Anglicanism. It is the church within which American presidents and heroes are buried and services which address our nation’s pastoral needs are held. With this platform comes an implicit affirmation of the body providing it. And for many of us within The Episcopal Church, that’s simply a bridge too far.

The other side of this argument is that if there is ever to be any progress made in reconciling white evangelicals, whom Lucado clearly represents, and progressive Christians, which the National Cathedral embodies, it can only occur when the parties encounter one another directly, openly and honestly. It’s easy to hate an idea, even easier to hate the caricature of the other we have created for purposes of dismissing them. But it’s a lot harder to hate the real live human being we encounter when we allow ourselves to do so. 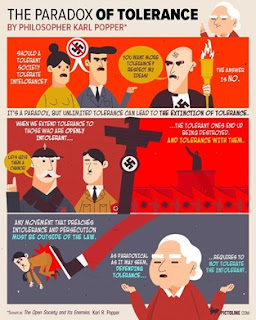 This uproar sent me scurrying to find Karl Popper’s wisdom on the Paradox of Tolerance. A non-practicing Jew who had fled the pending Holocaust in Europe to New Zealand just before WWII, Popper published his work The Open Society and Its Enemies in 1945. In his extensive discussion of the fragilities of liberal democracies, Popper describes what he called “the paradox of tolerance” which states that if a society is tolerant without limit, its ability to be tolerant is eventually seized or destroyed by the intolerant.

The important questions that Popper raises therein are essentially these:

Those are the questions the National Cathedral now face.

It is tempting to frame the issues here merely in terms of opinion. Such an approach is the epitome of superficiality and to take this line of argument seriously is to trivialize the deeper issues present. It also seeks to avoid the issues of context which must be considered. 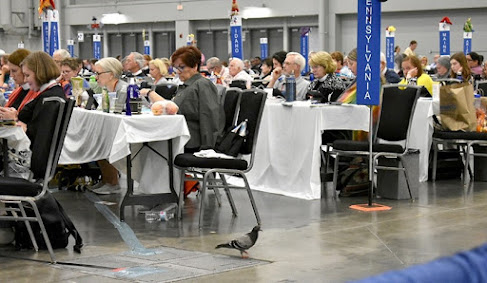 That context includes the history of this church in struggling with its soul over the full inclusion of LBGTQ people. That struggle occurred in a context of thousands of years of heterosexist cultural presumptions woven into scripture and developed into church teachings that often lapsed into virulent homophobia. Describing the process of coming to grips with that history and its harmful impact on its targets as merely painful is to trivialize it. In the end, it became a struggle for the soul of the church and many on the losing side of the eventual vote for full inclusion of LBGTQ Episcopalians would leave the church, taking their marbles and going home.

The context also includes the speaker and his history of brazenly homophobic assertions, the harm of which was exacerbated by his offering them in the name of the G-d who created all human beings of all sexual orientations. The truth is that sexual orientation is not the same thing as incestuous, bestial and pedophiliac behaviors though such have frequently been used by conservatives like Lucado to defame LBGTQ people and to confuse the issues surrounding sexual orientation. 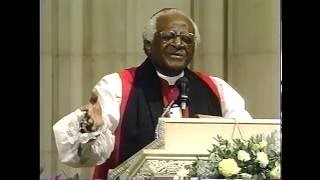 Finally, much like the events at the White House on the fateful morning of January 6, what power do the symbolic dimensions of such loci command? Would Lucado’s words be as powerful if delivered from his own pulpit on a given Sunday as when offered from the pulpit of a cathedral that is touted as the spiritual center of an entire nation?

I think we all know the answer to that question.

Accountability as a Prerequisite for Healing 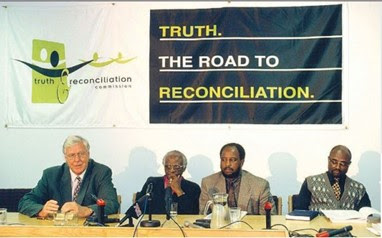 One of the lessons that we are busy learning in the wake of January 6 is the role of accountability in the healing process. One of the most effective processes to heal a nation the world has seen occurred in South Africa following the end of the apartheid regime there. Led by Anglican Archbishop Tutu, the process involved the purveyors of harm during those dark years coming to face those they had harmed. In virtually every case, those agents of harm ended those encounters with owning up to their misdeeds and repenting for the same.

If Lucado were coming to apologize for this history, to reflect his repentance from his misanthropy from the pulpit of the National Cathedral, I would welcome his appearance. Reconciliation with the victims of one’s behaviors is always possible when those who have injured them are willing to recognize the harm they have caused and repent from it. Redemption is always possible. But reconciliation can never occur when those who have caused pain in the past remain busy stabbing their victims in the back in the present.

I don’t know that had the decision been left to me that I would have agree to let Lucado come to the National Cathedral. He just has too much baggage in my view. But it wasn’t my decision and I will wait to see what transpires with Lucado’s sermon zoomed in from a distant location. I hope to be pleasantly surprised. And hope springs eternal. 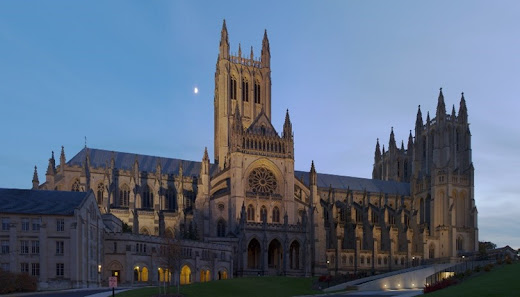